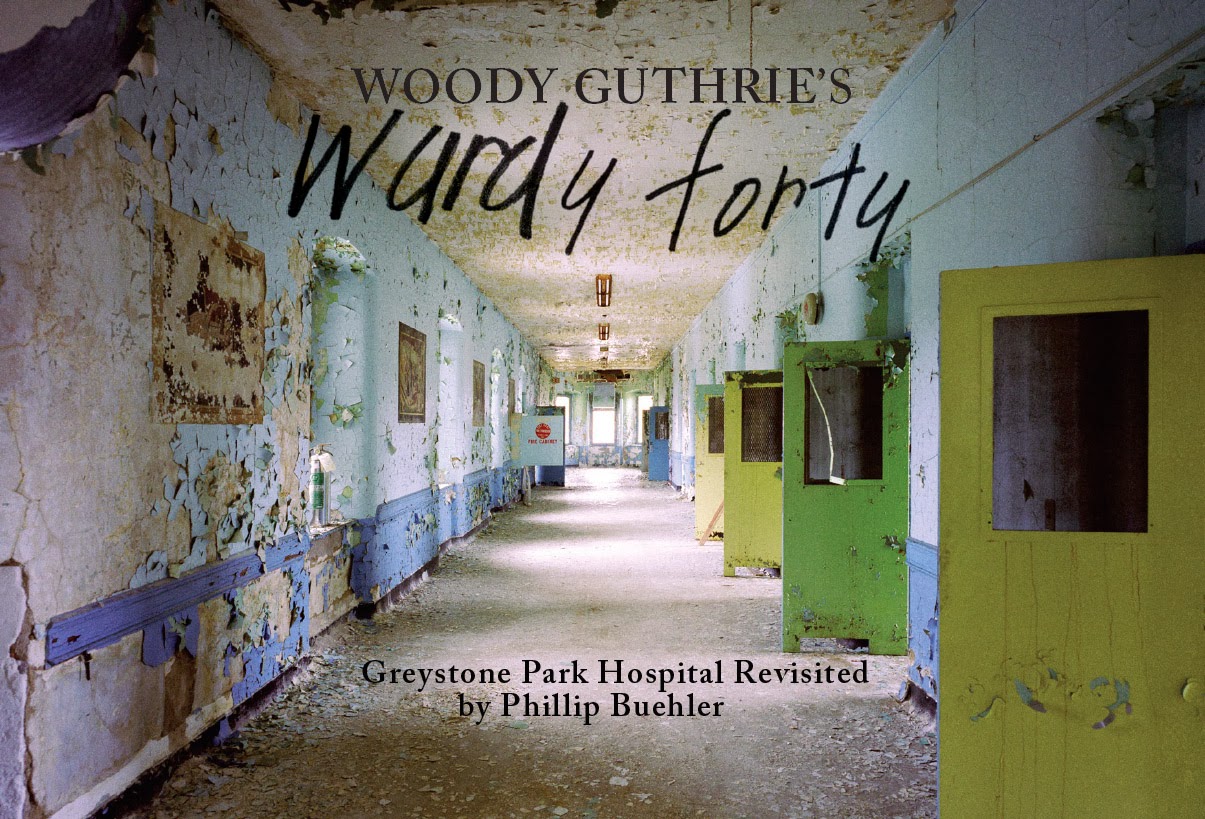 The exhibit runs through Sunday April 13

A new book by Phillip Buehler, reveals a largely unknown slice of American icon and folk music legend Woody Guthrie’s life. Woody Guthrie’s Wardy Forty brings into view the five years the singer, songwriter, and activist spent as a patient at Greystone Park State Hospital in Morris Plains, New Jersey. Afflicted with Huntington’s disease (HD), Guthrie lived the last 15 years of his life in hospitals, suffering from this degenerative neurological disorder. One of these hospitals was Greystone Park, where he was a patient from 1956 through 1961. He lived in Ward 40 and called it “Wardy Forty.” It was here that 19-year-old Bob Dylan met his idol and the torch was symbolically passed to a new generation of folk singer.


Phillip Buehler has spent much of his life climbing over fences and into windows to explore the ruins of 20th century America. Greystone Park had been abandoned for over 40 years when Buehler first slipped past the state police station and climbed through an open window. After coming across thousands of negatives in the deserted darkroom, he researched the hospital and discovered that Woody Guthrie once lived there. He reached out to Guthrie’s daughter Nora Guthrie at the Woody Guthrie Foundation & Archives, who gave him Guthrie’s case number. Buehler was then able to pull negatives from Guthrie’s files at Greystone Park, beginning a 10-year journey that led to Woody Guthrie’s Wardy Forty: Greystone Park State Hospital Revisited.


The exhibit at Valentine will focus on, historic photographs, projections and items from the files at Greystone as well as new photographs by Buehler The book will be available for viewing and purchase.

Posted by Fred Valentine at 8:31 AM